Gain A Deep Understanding Of What Blockchain Can Do, The Impact It Will Have On Your Company & The Risks Of Not Taking Advantage Of The Powerful Opportunities Ahead…

A Trusted And Accredited Education Provider

Accredited through the Southern Association of Colleges and Schools-Council on Accreditation and School Improvement (SACS-CASI), Kingsland is an internationally-recognized higher education institution.

How could your organization benefit from blockchain?

Blockchain technology has created a revolution in organizations around the world. A recent World Economic Forum report predicts that by 2029 11% of GDP will be stored on blockchain related infrastructure.

With blockchain, transactions and compliance can be made faster and easier. According to a report from PwC, 84% of executives surveyed said their companies are “actively involved” with blockchain technology.

The Executive Education program gives you the knowledge and tools you’ll need to create a blockchain strategy for your organization. You’ll also understand where blockchain is headed and how to capitalize on emerging trends.

Business Disruption From Blockchain Is Real But Is It An Opportunity Or A Threat?

Let’s take a look at the international conglomerate, Honeywell International, for keen insight as to how they are successfully utilized blockchain technology…
Within their Honeywell Aerospace unit, they have deployed blockchain technology to disrupt and improve the market for used aircraft parts. Whereas, previously, transactions would take two phone calls, four emails, numerous quotes, two days to close, and an untold trail of paperwork (the sale of larger parts would take many more weeks)…
With blockchain their partners simply locate a part and purchase items – instantly. In turn, they’ve made it easier for their consumers to verify certifications, origin of parts, and have increased transaction speed by a whopping 7,000%!
This powerful blockchain-backed online marketplace allows their more than 800 partners and distributors (including Dassault Falcon Jet Corp. and StandardAero Aviation Holdings Inc.) to trade parts in real-time.
Some will ask, “What about compliance and regulations?”
It’s a valid concern – as many industries (aircraft-parts included) are heavily regulated, requiring special certifications and proper documentation. Yet here’s the catch: blockchain quickly finds the history of a used part, previous owners, origin, everything at the click of a button.
From a consumer benefit standpoint, the real end result of this blockchain breakthrough is that it’s made flying planes much safer for all of us by allowing parts to be sourced quickly and accurately.
Sathish Muthukrishnan, Chief Digital & Information Officer at Honeywell Aerospace said, “The goal was to digitize transactions. To make it frictionless, and remove human interaction, I need a technology that will create trust. That’s where blockchain came in.”
How much do you think increasing transaction speed from a few weeks to a click of a button has been worth to Honeywell?

Here Are The Numbers...

The latest numbers from May 2019 show that by making user-interface and transactions much smoother, blockchain technology helped bring in a windfall $2,000,000.00… in less than 3 months after launching the technology.
Their target sales by year-end are north of $10,000,000.00. Incredible!
Now, Honeywell isn’t the only giant company raking in the profits from blockchain.
The world’s #1 retailer by sales – Walmart – is a huge believer in blockchain technology. Having filed 50+ blockchain patents for everything from tracking shipments to operating drones. They’ve even partnered with IBM Food Trust to improve food safety through easier-to-track blockchain tech, which has helped with food safety, reduction of food borne illnesses. Now whenever these mishaps happen, Walmart can understand when and where in the supply chain they occured, allowing them to remedy the problem quickly and save costs.
Likewise, IBM’s own blockchain efforts are supported by some 1,500 experts, with the company participating in more than 500 blockchain projects.
Alibaba (the Chinese e-commerce giant) is blazing the blockchain path with 90 patents filed for blockchain technology as of September 2018 – allowing them to more easily track, verify, and ship their ecommerce products.
The list goes on and on…
If you and your organization are ready to gain a deeper understanding of the explosive potential of blockchain technology, enabling you to assess which business problems it can solve, the Kingsland University Executive Fast-Track Program is the perfect fit for you. We will provide you with a blueprint for a blockchain strategy that addresses specific challenges and roadblocks within your own organization.

Here’s what you will learn

In this session, we look at the history of blockchain and provide a non-technical overview of blockchain technology. We introduce decentralized ledgers, the premise of ‘trustless’ transactions and consider some of the potential security, legal and risk issues that arise from the technology through applied blockchain case studies.

This session provides executives with an introduction to cryptography and the mechanics of the cryptocurrency market and the altcoin, or ‘token’, economy. It introduces initial coin offerings (ICOs) as a method of capital-raising via the blockchain and looks at some of the regulatory and compliance risks associated with ICOs.

In this session, we introduce Ethereum and its role in facilitating ‘smart contracts’. We look at the value and role of smart contracts and discuss decentralized apps (Dapps). Through case studies, we consider the scope and limitations of blockchain technology.

This session analyses the ways in which blockchain disrupts specific industries as use cases. For these industries expected to face disruption, we discuss threats and opportunities for various companies and organizations. Potential strategies to mitigate risks and ways blockchain can be leveraged for competitive advantage will be discussed.

Module 05: The Future & More Use Cases

This session considers how blockchain will transform business processes and what future business models may look like in a decentralized world.

In this session, we introduce the challenge of governance and regulation in the blockchain sector, and discuss how executives can minimize the impact of lagging governmental regulation whilst leveraging the potential of blockchain technology.

In this session, we discuss implementation: how to develop a business case for your blockchain project, infrastructure and HR considerations, deploying your project and potential project costs. 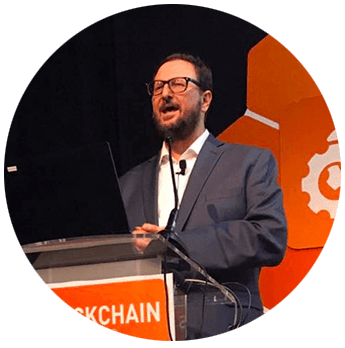 Alex Lightman is founder and CEO of Token Communities Ltd., and Blockchain Commodities Exchange. He has acted as a strategic advisor to 20+ companies in the Blockchain space.. He is a co-founder and member of then steering committee of the Digital Asset Trade Association (DATA). Lightman is one of the most prolific thought leaders in the blockchain space. He is the first columnist for ICO Crowd magazine, a best-selling author in seven categories, and has been called upon to be a keynote speaker at 20+ Blockchain conferences. He’s been called a “modern renaissance man” and a “super-intelligent polymath” in the Blockchain community.
Educated to be a thought leader in technology and policy at MIT and Harvard’s Graduate School of Government, Lightman has won four global awards for technology and a national award as one of America’s ten most innovative educators. His undergrad was at MIT where he created his own major in Enterprise Engineering within the Dept. of Civil and Environmental Engineering and his graduate school was at both Harvard’s Kennedy School of Government and MIT’s Sloan School of Management.
Finally, he is the author of Brave New Unwired World (Wiley, 2002) and Reconciliation: 78 Reasons to End The US Embargo of Cuba, and the coauthor (with Brett King, the #1 Fintech influencer) of Augmented: Life In The Smart Lane. His latest books How To Be Good At Crypto and Food Security via Clean Energy and Blockchain Technology are recognized best sellers in the blockchain community.

It's really hard to find information that you can trust. Here I get information from the most trusted resources that have been proven over the years. 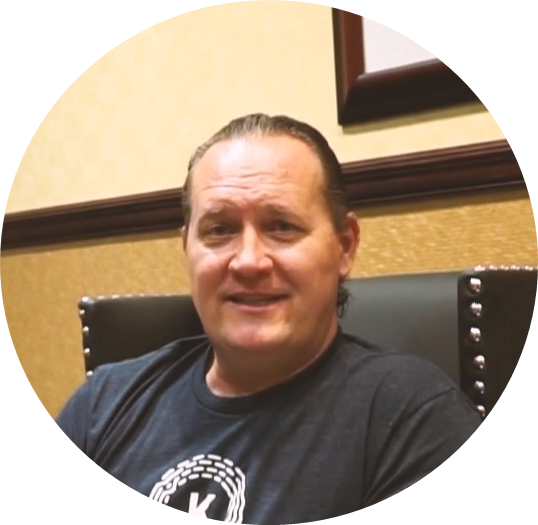 Remarkable combination of brilliance. Absolutely fantastic. I would describe this program as probably a month worth of content in two days. It's definitely drinking from the firehose. There's a lot of thought-provoking slides out of the handouts that we have. I plan to take this information back to my team, as I see a number of areas we need to apply to our business. 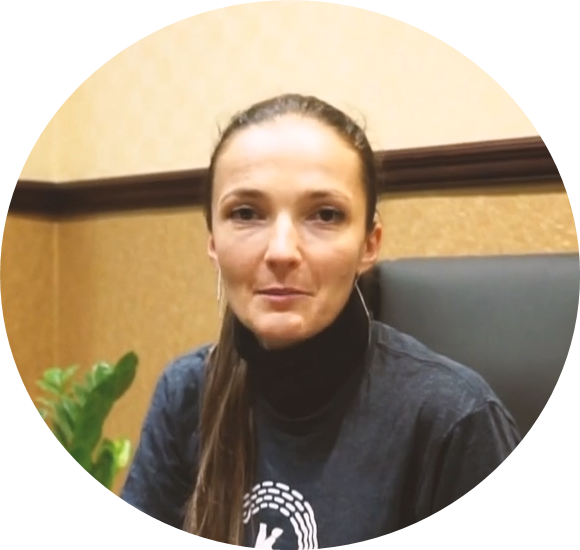 I really enjoyed the program because I was really surprised about the people that were here. I would say that it's extremely dynamic, it's definitely engaging, and it's valuable.