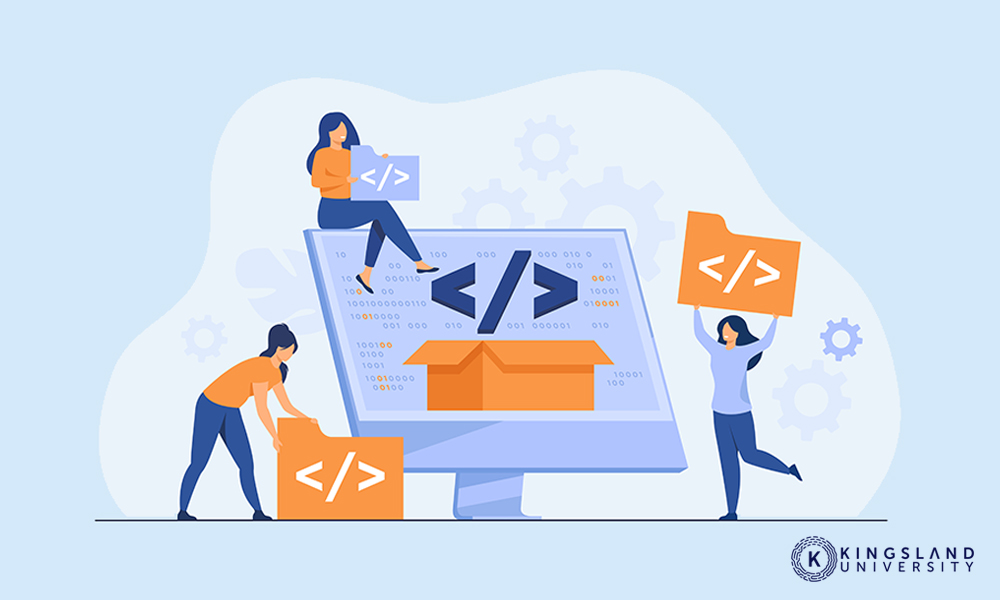 Every year, technology seems to grow more and more intertwined. With the prevalence of cloud applications, companies moving to hybrid cloud and on-prem systems, and the mixing of traditional development styles, it’s harder than ever to be a specialist.

A talented developer, in high demand with today’s largest companies, needs to have a robust working knowledge of the entire development stack. Front-end development, mid-stream networking, and back-end systems all need to work well together. Every junction between them, every interface, is a potential opening for flaws. Security issues, user experience issues, and data handling issues can all arise from these junctions.

The best developers don’t live in their little caves, working on modules in isolation. They get a bird’s-eye view of the whole of the application, network, or system they’re working on, and they take a holistic view of the entire industry.

After all, much of the knowledge of the full-stack, from front to back, is transferrable. Knowing how to code and knowing the languages in use, allows you to develop a clean process from start to finish.

That’s what a full-stack developer is. That’s what they do. These days, a developer can’t expect a smooth career specializing in just the front end or just the back end. Companies need someone with more understanding, more flexibility. Today’s systems are so intertwined that it’s difficult to work in isolation at all.

Some people say the demand for a full-stack developer has never been higher. Others say the role is falling out of favor and may disappear outright. What’s the truth?

There is one factor that gives the full-stack developer an advantage over other developers: flexibility. You know how things work, front to back, top to bottom. You may not have the specific experience as, say, a UX designer or a database admin, but you know how it all works in general and can pick up any role you need to.

In the past, a traditional method for the division of labor was having different groups of people working on different aspects of a project. You might have a front-end team working on the user experience, data submissions, a website, a web interface, a GUI, or whatever front-end element is necessary. Then you would have the back-end group, working on the database, the network, and the security. These two teams need to interface with one another, not just to make sure they work together, but that their systems work together as well.

This often led to a disconnect between the inner and outer workings of an application. Different team leads have different visions for a project and will have different ideas of what direction they should move. What a user sees on the front end and what a support staff member sees internally can be very different. Data handling can slip through the cracks, security flaws can open up, and a variety of issues can crop up. 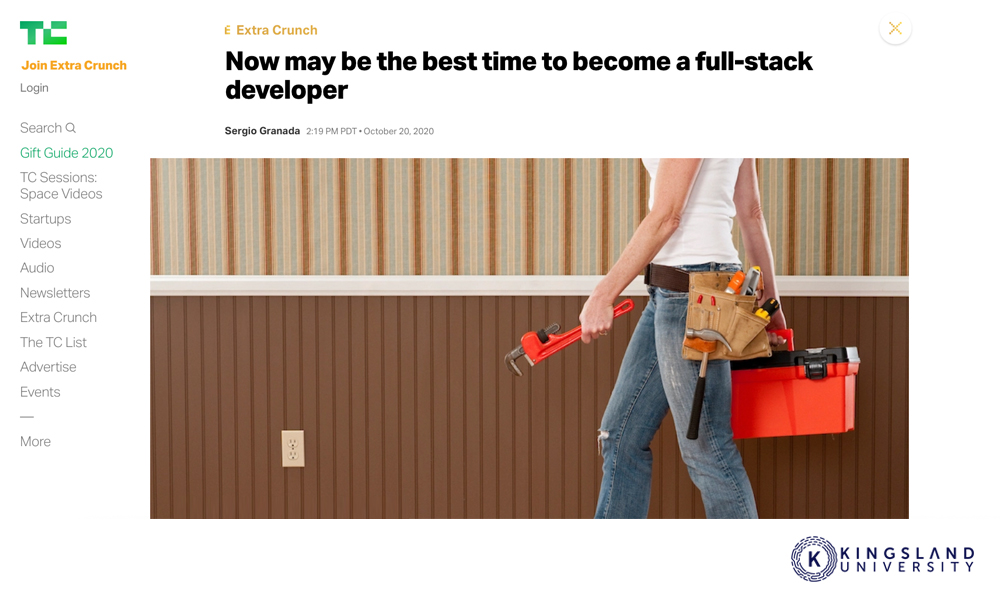 This serves many benefits to companies that hire developers. Full-stack developers are capable of doing the work of two teams in one, which allows companies to hire flexible workers in an overall smaller team, saving on costs. Instead of two teams of 10, a company might have one team of 15, saving on the cost of five employees while still producing better results.

“Full-stack developers offer ample benefits to organizations. They are well versed with different technologies and are capable of solving glitches across several streams of apps and web development. Companies are explicitly hiring full-stack developers, who can create apps from scratch, and actively participate throughout the development journey of the application.”

Full-stack developers also have the benefit of retention. When a project is finished, a developer can move to a maintenance and growth role, or transition seamlessly to another team working on another project. They don’t need to worry about the redundancy of the company no longer needing specifically front or back-end developers; they can take up any role as necessary. They can continue to develop features for existing apps with their holistic knowledge of the total product, or they can leverage their skills and experiences to develop a new project entirely.

The Future Outlook of Full-Stack Development

The best part about full-stack developers is that they build a strong foundation of knowledge, but without preventing future mobility.

Full-stack development education is a great grounding point and foundation for future expansion. A full-stack developer can choose to specialize later if the circumstances are all for it. Maybe they discover they like networking and want to become a network architect. Maybe they decide front-end development is something they’re passionate about, and they specialize in UX design.

It doesn’t matter; they have a working knowledge of both elements, and learning more about one doesn’t preclude working in the other. If the path of the network engineer requires interfacing with the front end, the full-stack developer knows just what to do and how it all works. A dedicated back-end developer might not have that same depth of knowledge.

The founder of Coderbyte, Daniel Borowski, says this:

“Being a full-stack developer doesn’t mean that you have necessarily mastered everything required to work with the front-end or back-end, but it means that you are able to work on both sides and understand what is going on when building an application.”

The world of technology is cyclical. In the past, when computers were smaller, less powerful machines, and applications had a single task to complete, the person or team creating those programs was simply called a developer. They were responsible for the front and the back of the application, and everything else in between.

As time went on, and development grew more and more complex, teams and stratifications began to form. You’d have a networking team, a database team, a user experience team, a front-end team, an API team; whatever the application called for. The larger and more robust the application, the more discrete teams were needed. For a while, it seemed like this was the way to go. If you hired five specialists to handle your app, those five specialists could do what they do best, and you’d get something great out the other end.

This worked to a certain extent, especially when programs weren’t terribly complex. As they grew and expanded, however, you would often find that these teams didn’t work well together. Individuals might have feuds or petty squabbles that prevented them from working together. They might consider different practices to be the best, and lead to awkward conversions in data handling.

Worse was the institutional knowledge. How often do you hear about a company having to start from scratch in development because a key employee left, was fired, had an accident, or otherwise was unable or unwilling to continue working? How much uncommented, obfuscated code is out there in the wild, with no one to support it because no one knows how it all fits together anymore?

The solution to this has been a reconstitution of the full-stack developer. When all of the developers on a team have the same breadth of knowledge about the application, you never get those fragments, those losses of knowledge. Individual team members might focus on specific aspects of development, but they all understand more or less how everything works.

Flexibility. Utility. Mobility. These are the keys of a full-stack developer.

You don’t have to take our word for it. What does the United States Bureau of Labor Statistics have to say?

BLS does not have a specific listing for full-stack developers. Rather, the best you find is “software developers”, a reflection of those before times when all developers were essentially full-stack. Government organizations don’t always update with the latest terminology, so we use the best we can find, right?

Here are the stats: With a 2019 median pay of $107K per year, there are around 1.5 million software developer jobs in the United States. The growth rate for the role is 22%, much higher than average even in a fast-growing industry. 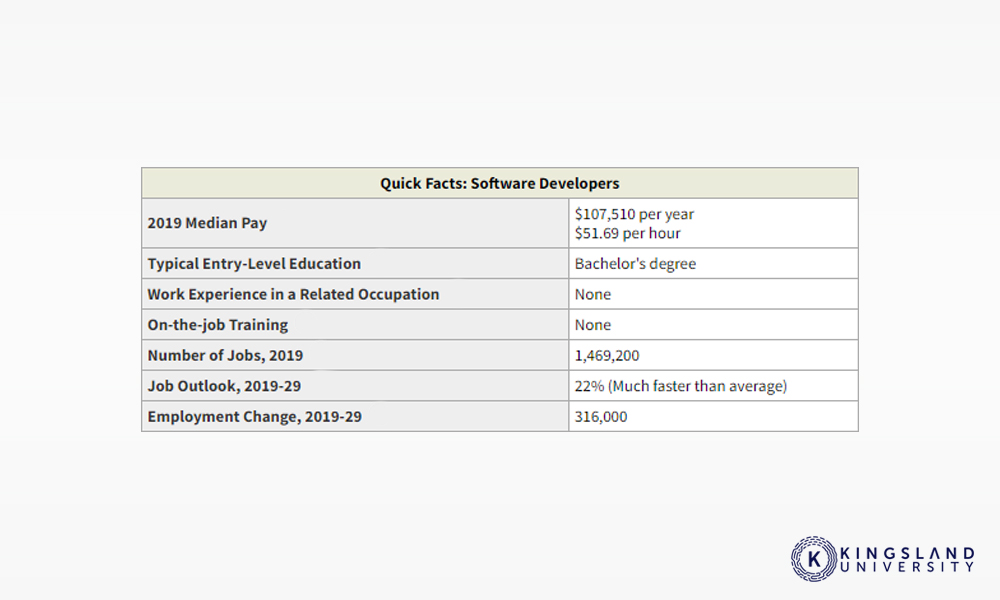 Compare that to some other roles:

Web developers: The equivalent of the front-end developer on BLS, this role has a median pay range of $73K annually, with only 175K jobs and a growth rate of 8%. Still above average, but much slower than the full-stack.

Database administrators: One of many back-end roles, this career has a median pay range of $93K annually, with 132K jobs and a growth rate of 10%. This is still an improvement, and it’s still a growing industry, but it pales in comparison to the full-stack developer.

Network administrators: Another back-end role, this one offers $83K per year, with around 374K jobs available. The growth rate is only 4%, closer to the average across the United States, and far from impressive in light of the competition.

Indeed’s listing for full-stack developers shows a broad salary range with an average of $111K per year, with a lot of variation depending on the geographic location. They also commonly receive a variety of benefits, including paid leave, stock options, retirement accounts, unlimited PTO, and more. 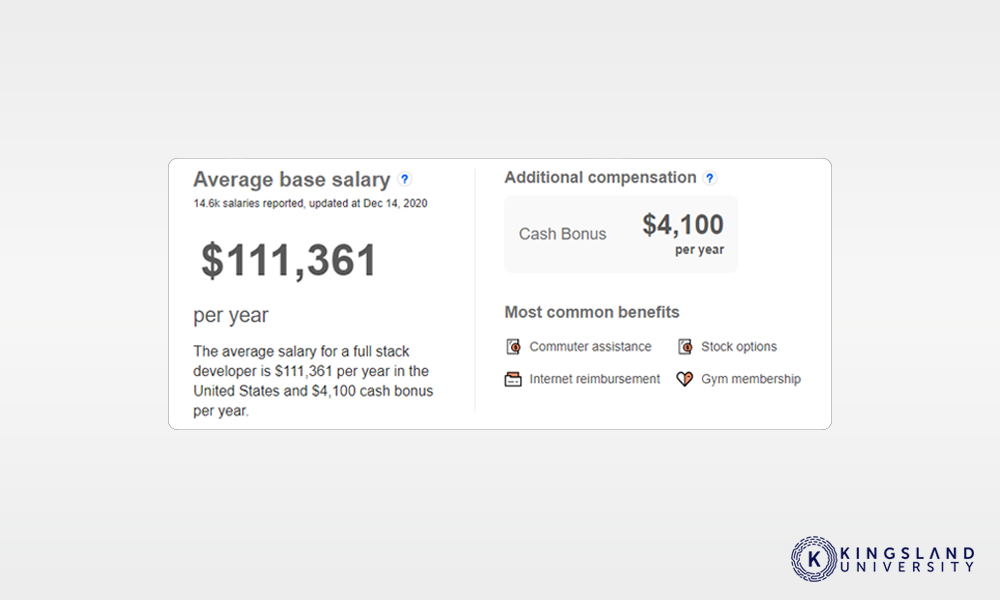 LinkedIn concurs. In their 2020 emerging jobs report, they list the “full-stack engineer” as #4 on their list of emerging jobs. Their outlook is even higher, showing a 35% growth rate year over year since 2015.

All of this simply goes to show what we’ve been saying: companies are valuing the flexibility of a full-stack developer over dedicated specialists. With an incredible growth rate year over year, there’s no shortage of jobs.

Another benefit is that a full-stack developer doesn’t necessarily need to work in person in an office. COVID has shown millions of companies and people that they can work from home and be as productive, if not more so than they would be in an office. Online collaboration tools are plentiful, and the newest generations to enter the field (that’s you) are fluent in online communications. A distributed team and a remote workforce are more acceptable than ever before.

Why You Should Become a Full-Stack Developer

Why should you consider a career as a full-stack developer?

Are you a full-stack developer currently? What are your thoughts on full-stack going into the future? Be sure to let us know down in the comments below!